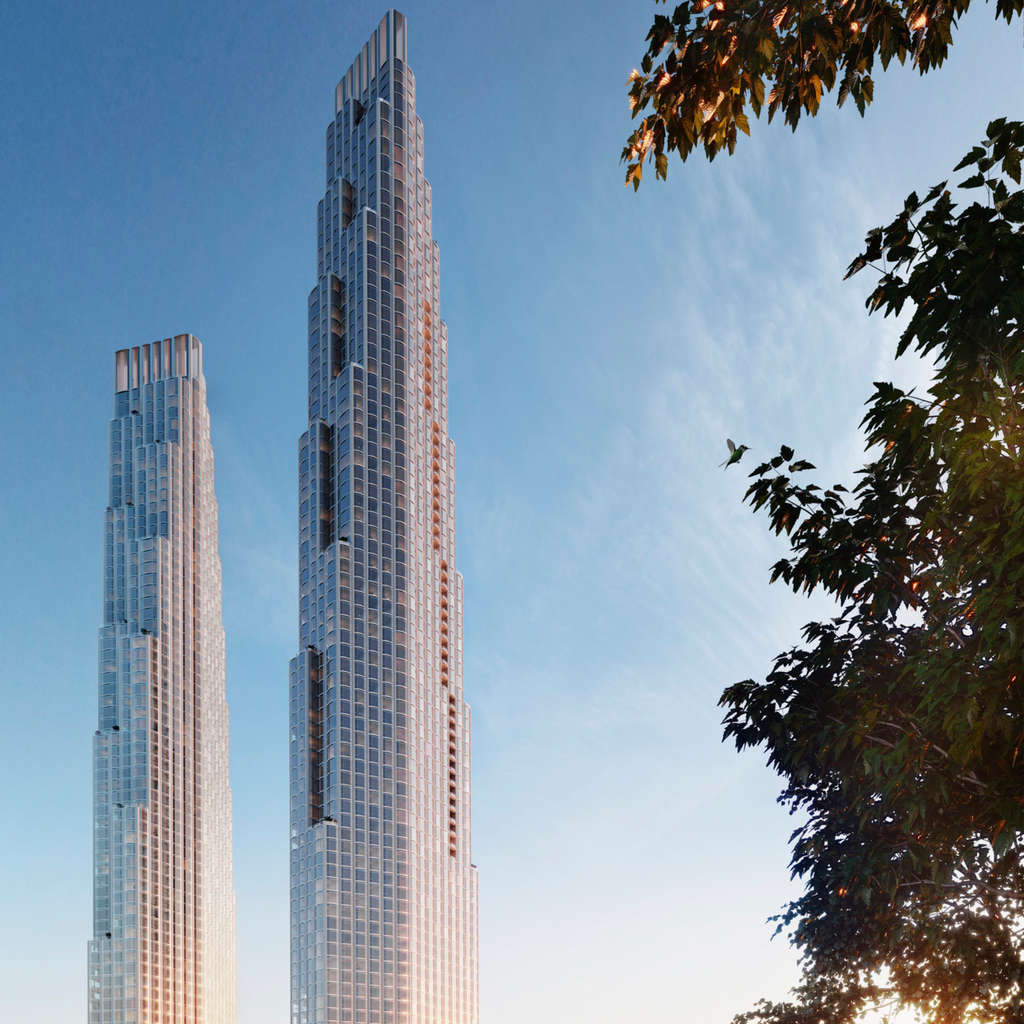 400 Lake Shore Drive has been meticulously designed to reflect its setting—where the Chicago River meets Lake Michigan—on a site that once was home to Chicago's founder, Jean-Baptiste Pointe DuSable.

The project's sister towers, designed by David Childs with SOM, will vary in height and will be set at a slight angle to one another, forming a gateway that offers spectacular views along the lakefront and river corridors. Both buildings will be constructed of glass and terra cotta, with intricate metal detailing. Terra cotta, popularized by the first Chicago School, is inseparable from the city's architectural tradition, gracing the façades of landmarks such as the Wrigley Building, the Reliance Building, The Sullivan Center (formerly the Carson, Pirie, Scott and Company Building) and The Rookery. At 400 Lake Shore Drive, the classic material will be used to create a contemporary rippling façade for both towers, symbolic of the surrounding waters. Another hallmark of the Chicago School—the "Chicago window"—will be reinterpreted through a series of bay windows.

Reminiscent of a waterfall, the cascading silhouette of each tower will form expansive outdoor terraces that extend individual residences beyond their walls. Placed at carefully proportioned intervals, these outdoor living areas will present a rare opportunity to enjoy sweeping, 180-degree views of the adjacent lakefront, river and cityscape.

The space between the towers will transform with each angle, sometimes framing a nearby building or opening a view to the sky above. An "urban room" at the end of Water Street will mark the moment of arrival for residents and guests, integrating distinctive plantings and art. Adjacent to the towers, an expanded Riverwalk will bridge the gap between downtown and the lakefront, connecting to a reimagined DuSable Park.